Earlier this month, we had a long weekend with the Holiday of 4th of July, which also happened to be the last weekend of my parents’ visit.

We decided then to take them to a pretty place they haven’t seen yet, and spent a few days in the Columbia River Gorge area, between Washington and Oregon states.

On our last day, before heading back home we stopped a a cherry farm in Parkdale for some cherry picking.

Alfter picking our 5 pounds of cherries, we went inside to pay and use the restroom and the kids and grandparents were also exploring the place. That was when I saw a garden growing arond an old gas pump. The pump was all rusted and was sitting among pink and magenta petunias, and white daisies, creating a nice contrast. I could not resist and took a picture of it.

After a little research I found out it was a Wayne Model 60 pump, which is dated circa 1935-1937, making it totally eligible for an older than 50 photo challenge. ;o)

To make it monocrome, I first applied a gray effect, then I played with temperature, saturation and contrast to make it nicelly rusted-looking again. 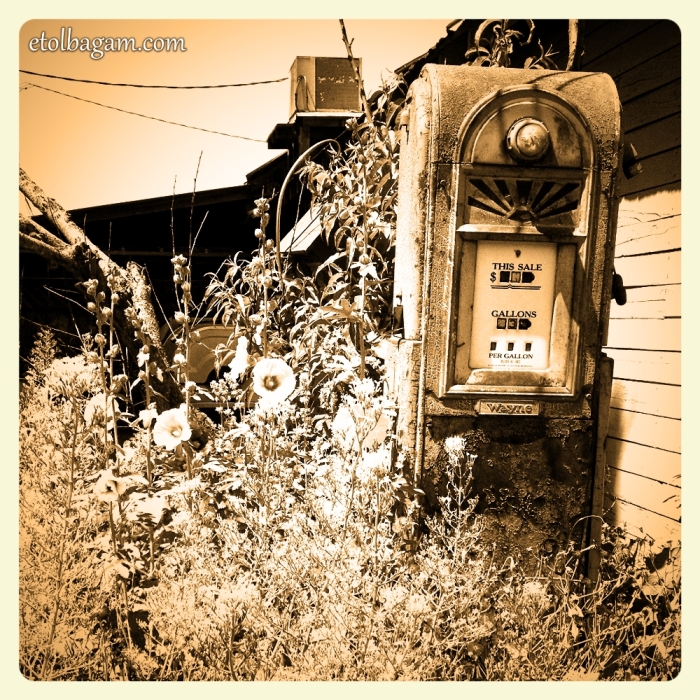 This post was written in response to the Cee’s Black & White Photo Challenge: Older than 50 Years