A couple of weeks ago, my cousin came to visit us and we took the Sunday to take him to Mt. Rainier National Park.
The weather was not completely clean, as there were a few clouds, but it was still pretty sunny and beautiful.

The park is beautiful year-round, so I can’t even say it was especially beautiful on that day.
Each season for a different reason. And on that day, the biggest attraction were the wildflowers.

For the kids, the lots of walking on a national park with no playground available was a bit boring, so at some point I was trying to distract them by reading the tags they had with the flowers names.
The funniest name for them was Fan-Leaf Cinquefoil. They thought cinquefoils was a funny sounding word and I explained the meaning of it.

I also explained the meaning of Avalanche

when we saw the Avalanche Lily, and of Magenta

(for them it would be dark pink ;o) when we saw the Magenta Paintbrush. That one they also thought it was funny since it was a flower and not a real paintbrush.
So now for the big pictures. 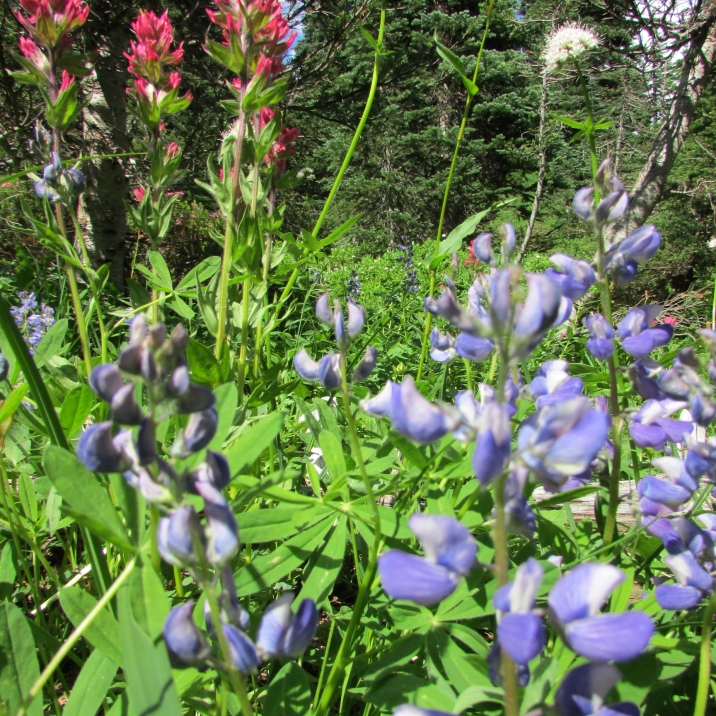 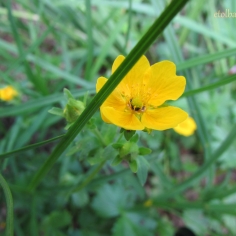 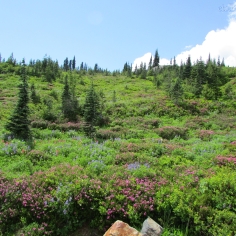 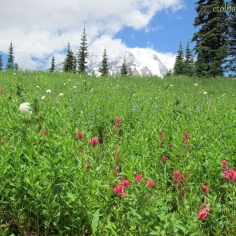 Flowers leading the to top of the montain 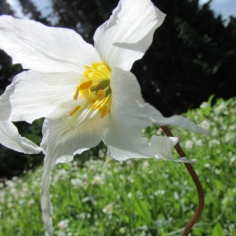 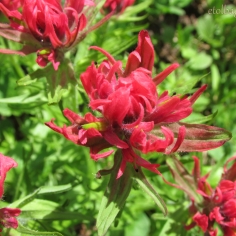 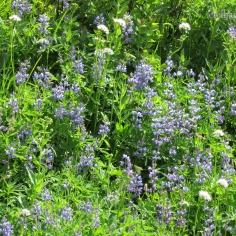